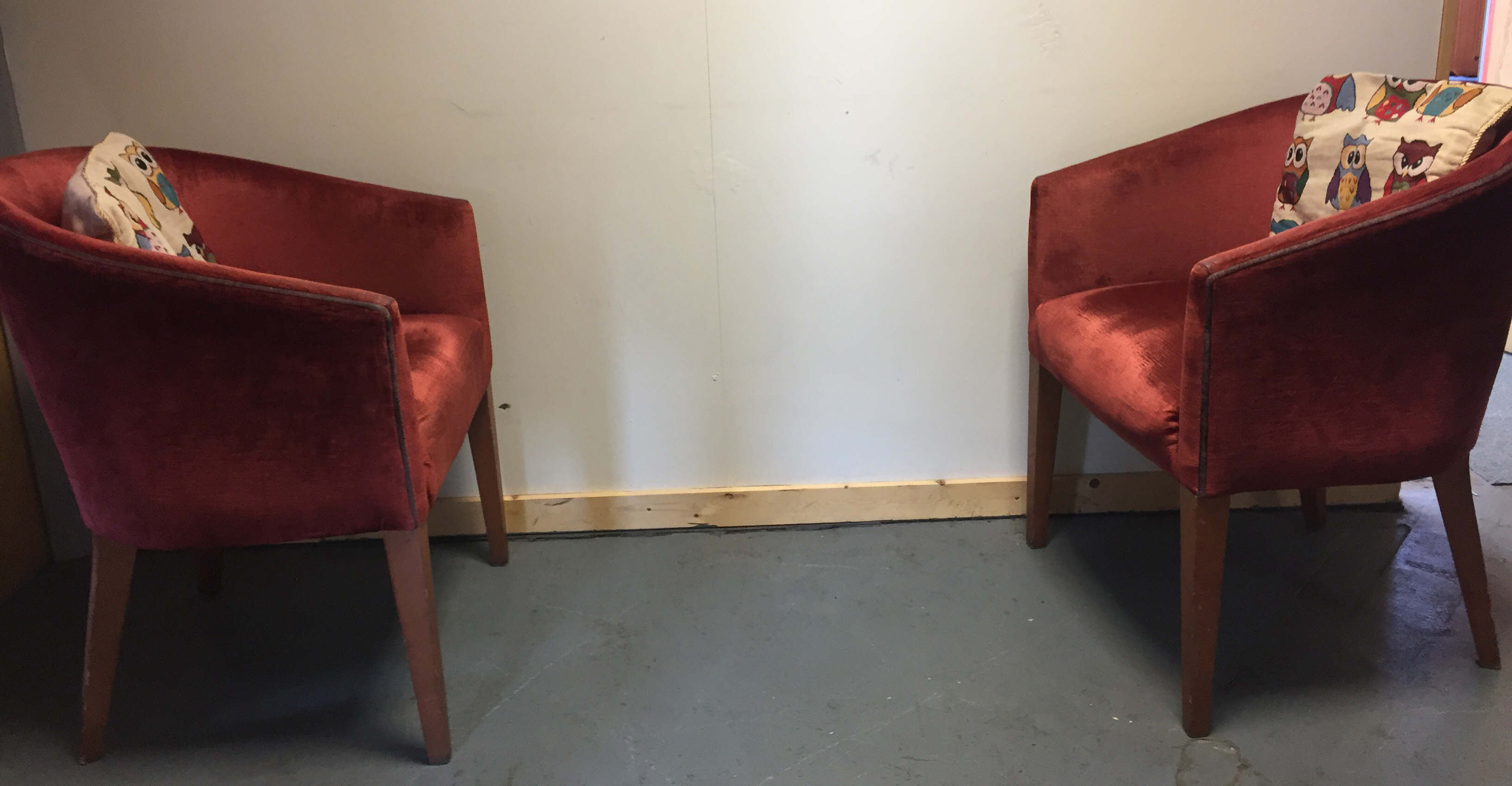 The talk: when and how to have difficult conversations with your group, class, or community.

If you’re a goal-oriented person, spending valuable rehearsal or class time talking about feelings and boundaries can feel like a waste. You’ve got formats to learn, skills to drill, a show to put on! But, consider this: when members of your group are uncomfortable, dislike each other, hold back, or get pushed to the side, audiences can see it. That’s bad for your show. More importantly, when people don’t feel they’re being seen and heard they lose emotional investment and drift away. The less privilege a person has in the real world, the more likely it is that they’re already being ignored and talked over in their real life. If you let it happen in a class, rehearsal, or show, improv loses its status as an escape from that, and as a safe space.

I like to start classes and jams with a little safety brief. It often goes something like this:

“Please remember we’re all strangers. Don’t jump on anybody, pick anybody up, or grab anything squishy. Let’s all make kind choices.”

That’s it. I’ll also usually play a warmup game where you can say or do whatever you’re inspired to, for example, a word association game. I always add the caveat, “Within reason”. There are much longer codes of conduct that apply to all of my classes too, of course, but these two little things take seconds to say in the moment. They establish a culture where we’re civilised people being creative and imply that there are gentle ground rules about how to treat each other. This is important especially at a beginner level because people get really excited about the freedom of improv, and it’s easy to take it too far. Your freedom needs to stop where somebody else’s’ begins.

A note about picking people up.

This happens a lot in improv classes, for all kinds of reasons. People want to interact, show off, have fun, follow their instincts. It’s great fun, sometimes. The problem with it in a class or jam is that there’s rarely time to ask if people are ok with being picked up. People sometimes think the issue is that you might drop them or hurt someone, and yes that’s part of it. There’s also an inherent consent issue, though. Once you’ve been picked up, there’s not much you can do about it if you’re not enjoying yourself. If you flail or scream you could hurt somebody or be perceived as having an over-reaction. If you just hang there and take it you’re reinforcing the idea that you don’t have any control over your bodily autonomy. It’s a lose-lose, really. If it’s an ongoing group of people who will work together again, ask. If it’s a random assortment of strangers, just don’t do it.

Groups, workshops, and shows are a bit different, because you’re working with the same people day-to-day, and because the material might require some boundaries to be pushed. That’s great. I love being in groups and shows where there’s touching, intense emotions, controversial ideas… It’s a genuinely cool way to play. The more boundary-pushing the improv, though, the more there needs to be communication about what people are and aren’t ok with. Have a conversation about it, have rules, and if something uncomfortable comes up, have another conversation. The time you put into this will show in the commitment and trust the ensemble has.

Here are some great ways to initiate a productive conversation:

“How is everybody feeling about physicality today? Does anyone have any injuries or any areas they’d like avoided?”

“What’s one thing that makes you happy when it happens in a set?”

“I’d love to play some scenes what use dark characters or subject matter; does anybody have triggers we should know about/avoid?”

People’s feelings about difficult or offensive material coming up in a class/rehearsal/show tend to be pretty variable, and that’s a good thing. There’s a place for everything in improv, that’s part of the beauty of it. My personal feeling is, if you have a duty of care, i.e. you’re teaching or coaching, part of your job is to make sure people feel safe, whatever that means for them. If anybody says they’re not okay with something, keep an open dialogue and do your best to make sure boundaries can be pushed but not broken. That’s going to look different in every group, as it should.

We create our own unique culture for every ensemble we’re in; the iterations are endless, and that’s gorgeous. If in one group there needs to be a rule about kissing, swearing, scenes with dubious consent, or mentioning Donald Trump that’s ok. You’re not being censored, you’re experiencing a different iteration of people. There’s a place in improv for any scene, but that doesn’t mean any scene needs to always be ok for the sake of the art form. Being a good improviser means playing with the group that you’re in.

When somebody in your group/class/community has feedback for you, listen as openly as you can, particularly if it’s related to privilege. People who have less privilege are often not listened to, particularly when they’re talking about their lack of privilege, and it’s discouraging, to say the least. It’s easy to take offence when somebody has feedback because it feels like they think we’re bad people. We as a culture still view racism as being intentionally mean to people of different colours, or homophobia as going out of our way to say bad things to gay people, and of course, we’re not the kind of monsters who would do that. Failing to recognise or evaluate the privilege that comes with being white (and/or a member of the racial majority in any country), straight, cisgendered etc. is also harmful, though, because you’re not acknowledging the truth of the situation. To really have this conversation, you’ll need to check your ego at the door.

Women working in Obama’s white house developed a simple practice to make sure they were heard. When a woman made a point, somebody else would immediately repeat it, giving the initial speaker credit. They did this because they noticed that a lot of their contributions were getting overlooked or miscredited. After 8 years, they’d made a significant impact on the culture of the Whitehouse, with far more women in prominent positions. Anybody can do this to help amplify voices that aren’t getting heard enough. If somebody is being talked over, interrupted, or isn’t getting credit for their ideas, make a habit of shifting focus back to them by repeating their idea with credit, or handing the conversation back to them so they can carry on.

There’s one type of feedback that should be taken with a grain of salt, though. Peer noting, or giving constructive criticism to other people in your group or class, is a bit of a double-edged sword. Though feedback can help us grow as players, what often happens when we receive it from our immediate peers is that we feel judged. If there’s a culture of peer noting in a group, there are often players who comment more frequently, more vehemently, or whose opinions tend to be respected more. Unfortunately, these players are often also more privileged and/or in the cultural majority within a group, which effectively creates a hierarchy with these players on top. It takes surprisingly few straight white men in a group to strip anybody else of the feeling that they have real input*. Here are some ways to make sure everyone gets the feedback they need to grow without causing resentment onstage.

Here’s one more extension of this idea: don’t badmouth other players/teachers/groups. It’s wildly tempting, and I still catch myself doing this sometimes when I’m feeling insecure about my own playing. The problem is, it makes people wonder what you say about them behind their backs & encourages a judgemental mindset. It’s more work and less fun to play with people who we feel are judging us negatively. The exception to this rule, of course, is to call out inappropriate behaviour. If somebody’s behaved badly sing it from the mountaintops. If they’ve improvised badly, keep it to yourself unless you’re their coach or they’ve asked you.

The way we talk about improv has a huge impact on the way we do it. There’s no one correct way, but the more thought and awareness we put in the bigger the payoff usually is. Let’s all try a little harder.

*There are exceptions, of course, and there are lots of lovely white men in the world. Some people have the natural advantage of others assuming they’re in charge because of how they look or sound, though, and it behoves us to be mindful of it.

1 thought on “The Talk: when and how to have difficult conversations with your group, class, or community”